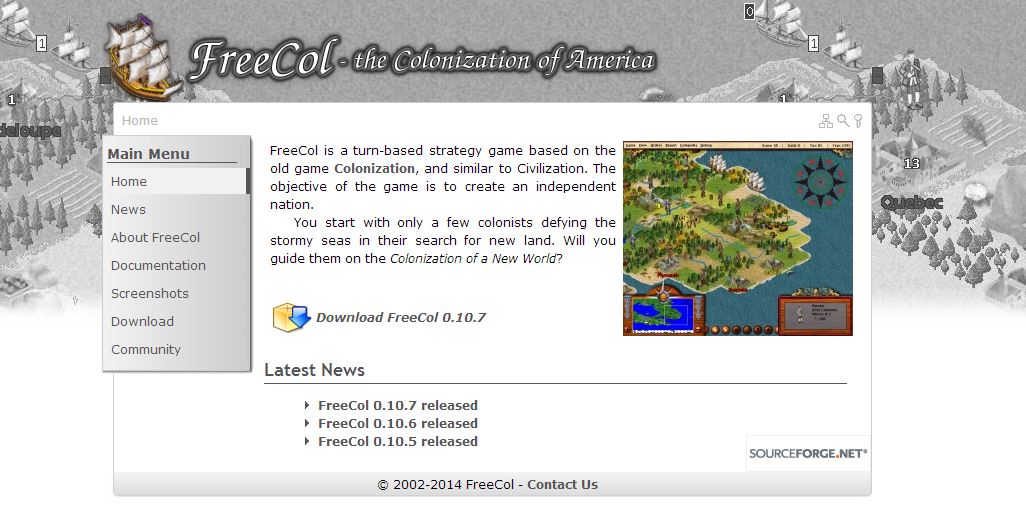 FreeCol is a turn-based strategy game based on the old game Colonization, and similar to Civilization. The objective of the game is to create an independent nation. The game begins in the year 1492. You start with only a few colonists defying the stormy seas in their search for new land. The player gradually builds up colonies with help from the European king until no help from Europe is necessary, and independence can be declared. The player may trade with Europe using various natural resources which are collected by cities or acquired from trade with natives. The game is available for both Macintosh and Windows PCs. As of this writing, the current version is 0.10.7.
Back to Social Sciences
This page last updated May 16, 2018
Powered by